With the rise of video over the past decade, accelerated by growing capabilities of laptops, tablets, phones and other smart devices to record and transmit high quality video, it is only logical that users’ desire to “do more” with their videos would also grow.

As a result, there are currently hundreds of programs on the market, free and paid, which allow users to edit their videos using transitions, stylised filters, cropping, and a whole array of various editing features to help improve the overall quality of their videos.

Further to this, the success of YouTube coupled with video editing functionality has given way to a whole new career opportunity and viable source of income as video content creators.

These varying factors have led to a need for constantly improving video editing programs and software in order for content creators to continue to produce high-quality videos.

But with so many options available in terms of video editing software, how can you know which one is best?

This list includes programs for both Windows and Mac as well as both free and paid options.

First and foremost, if you’re new to video editing and wishing to edit a single clip or create one short movie, a free, simple, easy-to-use video editing software option is going to be ideal.

Based on your computer and associated operating system, iMovie (Mac only) and Windows Movie Maker (Windows only and part of Windows Essentials) are ideal choices for beginners and amateur video editors.

Both programs typically come pre-installed on their respective operating systems.

Both offer a range of video transitions, effects, cropping capabilities, music and sound editing functions, as well as a number of other simple, general features offered by standard video editing programs.

As one would expect, the Apple iMovie software is slightly more intuitive, offers more features and is generally more user-friendly than its free Windows counterpart.

This added functionality is largely due to iMovie’s potential to have two video tracks and four audio tracks playing simultaneously compared to Movie Maker’s one video track and two audio tracks.

Overall, both programs offer relatively simple video editing tools, require minimal skill to use, and are an ideal starting place for beginner video editors who are not looking to spend a lot of money but would like to use some of the best video editing applications out there. 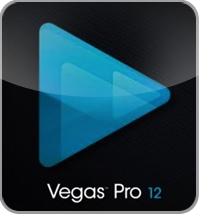 These particular programs are largely regarded as the industry standard and should only be used by experienced video editors.

Furthermore, these programs are quite expensive with both being sold for $500 from most distributors.

These two differing programs are relatively compatible with the only real discerning factors being their exclusivity to a particular operating system and the associated focus on input and output formats of that particular nature. Both are good options when it come to finding the best video editing tool at an intermediate skill level.

Finally, the last and probably highest-regarded video editor is Adobe Premiere Pro, which is usable with both the Mac and Windows operating systems, as well as fully compatible with other key Adobe programs such as After Effects and Photoshop.

Adobe Premiere Pro supports almost every popular video format and prices vary as Adobe offers a range of plans from individual to business use.

Overall, Adobe Premiere Pro is the best video editing software currently on the market as it is regarded the industry standard by most, price can be varied based on your subscription, and it can be trialled prior to purchase.

Furthermore, it provides all the features of the other programs but with more input and output formats available due to its accessibility on both Mac and Windows.

Finally, as an Adobe product, Premiere Pro has a relatively well-designed interface and layout which helps to increase its ease of use.

In summary, what determines which video editing program you should invest in is your current level of experience, how often you wish to use the software, and whether you own a Mac or PC.

How to Split Videos for Teaching Online

How to Use Video Backgrounds in Zoom