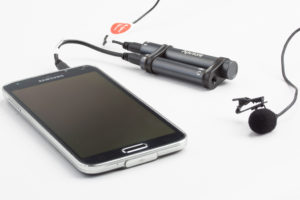 Video is powerful. It can make your business more accessible and open up a dialogue with your customers. But hiring a production company can be expensive. What if all you want to make is a quick little video to send to clients?

Maybe you need a video cover letter? We’re going to show you how, with minimal outlay, you can make the best looking, best sounding video on your mobile phone.

Why sound is important

Even if you don’t want to invest heavily in film gear, we implore you not to skimp on audio. Online audiences are somewhat tolerant of bad lighting and dodgy effects, but poor sound is going to drive them away in droves.

Before you learn anything else, we want to be sure that you know how to capture the best sound when recording on your phone. All you’re going to need is your smartphone and a lavalier mic from amazon or eBay. If you want to be able to monitor your recording, you’ll also want to get some kind of headphone splitter.

First thing we’re going to discuss is where you’ll be shooting. Ambient sound can compete with your voice and distract the audience. Where possible, try to record your video in a space where you can control the ambient noise.

In an office setting fans, air conditioning and computers generate a lot of sound. Switching these off or switching them to their lowest setting will mitigate any humming or droning sounds.

Another thing to be wary of is big empty rooms. If you go into a professional recording booth, you’ll notice how small they are. This is because sounds bounces, which causes echo. When you’re looking for a space to record, look out for high ceilings, hard floors and no furniture.

These spaces produce an awful echo that can be hard to get rid of. Now you don’t need to spend thousands of dollars making your office acoustically insulated. Sometimes throwing down a carpet can reduce echo and make a space usable. As a rule of thumb, the smaller the room and the more furniture it has, the better it will be for sound recording.

Filming outdoors presents different challenges. A little bit of ambient sound is okay, in fact the audience will expect a little bit of natural sound. But strong wind is a nightmare for sound recording. Covering the mic or hiding it in your clothing can mitigate the effects of wind, but if it’s really strong you may have consider another location. 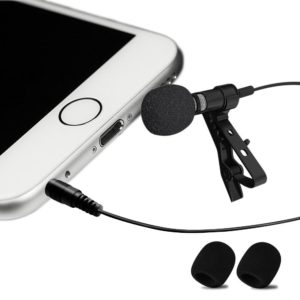 So after a little bit of searching and testing, you’ve found a space that is low on ambient sound. Let’s talk microphones. Even a cheap lavalier microphone will record clearer audio than your smartphone’s basic mic. We’ve used a $12 PoP lav mic and $73 Rode smartlav+.

The Smartlav sounded a bit better and didn’t require an external power source, but the cheapie mic didn’t give us any problems. When you start recording, your camera should immediately recognise the external mic and use it. 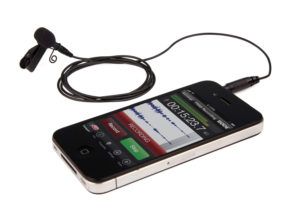 Help, I don’t have a headphone jack anymore! 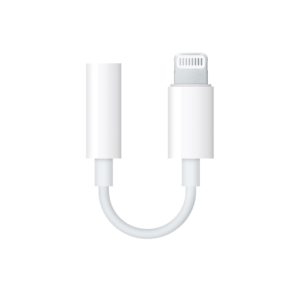 If you have an iPhone 7, which doesn’t have a 3.5mm headphone jack, don’t worry. Your phone came with a lightning to 3.5mm adaptor. This should still work with the majority of lavalier mics you can buy online. If you can’t remember where it is, you can get new ones online. 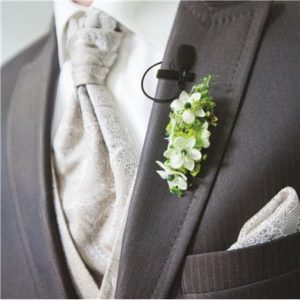 For the most part, most viewers aren’t going to care that you’re wearing a mic. One thing to be careful of is the microphone rubbing against fabric. When mounted, make sure the mic itself isn’t resting against any material that might move while you’re speaking.

It’s always a good idea to play back and listen to anything that you’ve recorded. Sound problems are incredibly difficult to fix after the fact. If you want to monitor the recording, you’ll need that headphone splitter we mentioned earlier. This device lets you plug in both a microphone and headphones.

But let’s say you don’t want to film yourself wearing headphones. If you don’t have a friend or colleague you can coerce into monitoring your audio, the safest option is to play back what you’ve just recorded. When in doubt, do one more recording for safety.

We’re going to revisit this topic later because the really cool thing about recording sound to your phone is that you can sync it to video from one or more other cameras. We’ll go through this in a later article but hopefully you now feel confident in recording better sound with a smartphone microphone.

This article is part of Clipchamp’s “video production for the rest of us” series. Use our tips to create awesome-looking videos and photos for your next digital projects. Clipchamp has the tools to help you with that, for instance our free online video compressor.